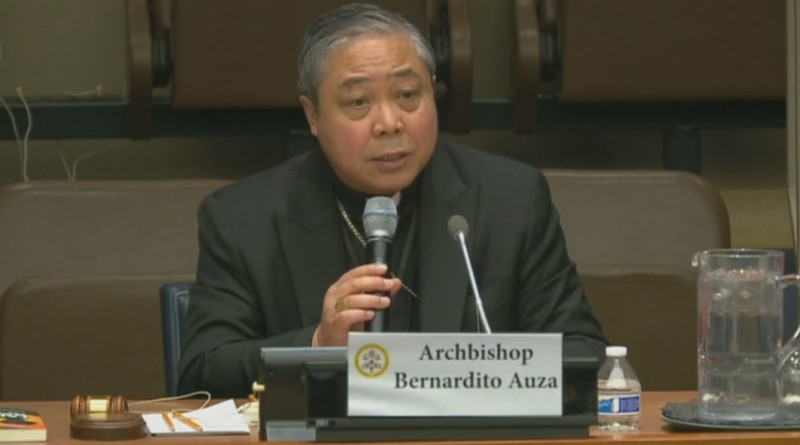 NEW YORK, March 26, 2018 (LifeSiteNews) – Western countries that use “development assistance” as an instrument to push abortion in poor African countries need to be “called out,” a leading Vatican official emphasized at the United Nations last week.

Archbishop Bernardito Auza, Apostolic Nuncio and Permanent Observer of the Holy See to the United Nations, said such development assistance is really a “Trojan Horse.”

“The development system should never be used as a Trojan Horse to attack the cultural and religious values of developing nations,” said Auza during the March 19 address.

Wealthy Western nations’ attempts to push condoms, contraception, and abortion on developing nations as a condition for accepting financial assistance is “development extortion” that must be openly confronted, he said.

“We would never intend to criticize development assistance,” Auza added, “but when it becomes an instrument of imposition and control over poorer peoples’ and nations’ ways of life and values systems, we have to call it out.”

These problematic things and associated sex education programs, along with inappropriate visions of motherhood, marriage and family, are an “ideological colonization” of poor nations, the Vatican’s representative to the United Nations said. They are imposed as conditions for development assistance “under the euphemism of ‘sexual and reproductive health and rights.’”

“This process of ideological colonization needs to be called out,” stated the Archbishop.

Archbishop Auza, Apostolic Nuncio and Permanent Observer of the Holy See to the United Nations, was addressing an event during the UN’s 62nd Session of the Commission on the Status of Women (CSW62) last Monday.

Titled, “Promoting the Integral Development of Women and Girls in Africa in the Era of Ideological Colonization,” the March 19 event was co-sponsored by the Holy See Permanent Observer to the UN, Campaign Life Coalition, Culture of Life Africa and Human Life International.

The pro-life coalition and the Holy See addressed the global abortion agenda with a panel of African women who offered their personal experience with “ideological colonization” through the imposition of abortion in Africa.

The Holy See statement and corresponding testimonies from the group of African women conveyed an important message in defense of the inherent dignity of human life to a United Nations audience.

Archbishop Auza opened the event with the Holy See Statement, speaking of how this ideological colonization is “violating the deep, indigenous values of African women and girls,” causing suffering, and provoking constant legal battles and social divisions.

Auza recalled how Pope Francis, in his September 2015 address before the UN General Assembly, drew attention to how the need for development can be used at times, as Francis said, “as a cover for all kinds of abuse and corruption, or for carrying out an ideological colonization by the imposition of anomalous models and lifestyles that are alien to peoples’ identity.”

The pope has returned to the issue of ideological colonization several times since that 2015 address, Auza said.

“Pope Francis has even called this type of development extortion tantamount to a “world war … not with weapons but with ideas,” the archbishop said.

The fact that the pope’s representative to the United Nations communicated the pontiff’s view of ideological colonization as a world war of ideas at the UN was significant, Matthew Wojciechowski, Campaign Life Coalition’s director of Global Policy & Advocacy, told LifeSiteNews.

When the Holy See presents at a UN event, Wojciechowski said, very often there are those present in the audience who do not share Catholic or pro-life values.

Archbishop Auza “really knocked it out of the park” on Monday, he told LifeSiteNews, before some 350 in attendance. The audience would have included UN delegates, staffers and bureaucrats, representatives of NGOs and various experts in the germane area of discussion.

The archbishop’s statement was really consistent with what’s happening in the world with foreign aid to developing countries, Wojciechowski said.

The subject of ideological colonization – wealthy nations imposing activities in conflict with the poorer nations’ values by holding foreign aid over the poor countries’ heads – has never been really addressed specifically in these terms at the UN, Wojciechowski said.

“It was really good as an awareness-raising event,” he said.

Auza described ideological colonization for the UN gathering, as “the attempt of powerful and wealthy donors to compel developing countries that were once militarily and economically colonized to accept secularized practices with regard to human sexuality, life, family and even basic anthropology, as a condition for the reception of development assistance.”

Debatable notions of human rights have been advanced that are at odds with the culture of many countries. The latter feel that they are not respected in their social and cultural traditions, and instead [are] neglected with regard to the real needs they have to face. Somewhat paradoxically, there is a risk that, in the very name of human rights, we will see the rise of modern forms of ideological colonization by the stronger and the wealthier, to the detriment of the poorer and the most vulnerable.

Pope Francis has also spoken critically several times about ideological colonization specifically in regard to marriage and sexuality.

Population control – instead of real assistance

Archbishop Auza detailed how the developing parts of Africa and the more than $50-billion in annual aid they receive have been the focal point for the swing toward ideological colonization in recent decades.

There’s been a shift in foreign aid budgets from development aid for education, health, water supply, sanitation and other essential needs in favor of population control programs in the last 20 years, he said. And now more foreign aid money is given for population control programs than for health, water supply, sanitation, and education.

“No one has detailed this phenomenon better than those who are enduring it,” Archbishop Auza told the UN gathering.

He quoted the Catholic bishops of Africa and Madagascar from their 2015 Common Declaration about how some foreign governments are trying to impose their values on African peoples as a condition for receiving urgently needed health supplies, educational investments, other forms of development assistance and basic military help.

“Their language is strong and specific about how their human dignity and so many of the rights enshrined in the Universal Declaration are being bulldozed in order to receive the help needed to lift their peoples out of poverty,” Auza said.

“Selfish and perverse interests,” he stated, quoting the bishops, “are imposing themselves on our continent with a speed that keeps on accelerating, with unabated aggressiveness, in an ever more organized and powerfully financed manner, introducing individualism and hedonism, both of which are so foreign to what we are and want to be, into our societies.”

“This [is] a terrifying resurgence of a colonialist spirit,” Auza continued, “under the guise of the appealing names of liberty, equality, rights, autonomy, democratization and development.”

He continued in his statement drawing from the declaration from the bishops of Africa and Madagascar:

“Condoms, contraceptives, sex education programs fabricated elsewhere, … so-called ‘safe abortions,’ have become commodities that are more accessible to Africans than the way of delivering integral development, of which we have such a vital need. It can no longer be denied that under the euphemism of ‘sexual and reproductive health and rights,’ such programs are plainly imposed as a condition for development assistance. Such is also the case of the so-called ‘gender perspective,’ according to which motherhood, the filial and nuptial identity of the human being and the family based on marriage between a man and a woman would be ‘discriminatory stereotypes.’”

It was here that Archbishop Auza stated that this ideological colonization “needs to be called out.”

Obianuju Ekeocha, pro-life activist and founder of Culture of Life Africa, told LifeSiteNews that “wealthy western organizations have led campaigns in Africa in order to push for ideological issues that are important to them.”

Ekeocha was among the panel participants for the UN event centered on African women and girls.

“This is paternalism and an insidious cultural imperialism that has as its aim the eclipsing of cultural views and values that are prevalent across the continent of Africa,” she said. “This is ideological neo-colonialism.”

“The African people would be more empowered if development projects are recipient-determined, with priority given to issues that are considered to be urgent to the recipients rather than the donors,” added Ekeocha. “This would be a good start on the path to decolonization and real freedom for African nations.”

It was particularly powerful for this message to be delivered unfiltered at the UN by African women, Wojciechowski told LifeSiteNews. The hope now is that it will serve to help change hearts and minds, he said.

Wojciechowski said the message conveyed by Auza and the African women in bold terms used by the pope will give UN observers who want to support women and girls – but who also support abortion, contraception and the other objectionable issues – something to think about.

Watch Archbishop Auza’s delivery of his statement and the panel discussion HERE. 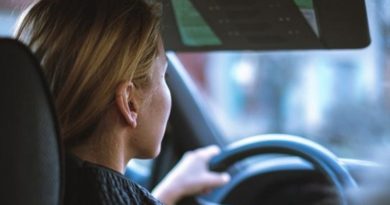 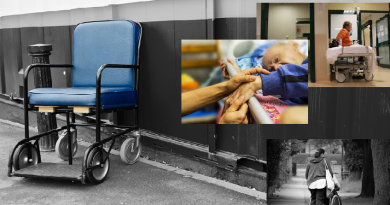