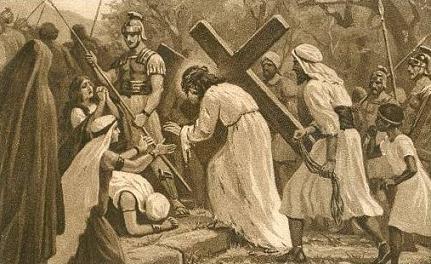 In the name of the Father…Laudetur! It is a pleasure for me to say Mass for all of you from the London Oratory School visiting Naples. Today we celebrate Quinquagesima Sunday, the third Sunday in a Pre-Lenten series that comes to its zenith before Ash Wednesday, the Church’s third and final call inviting all to profit by the Lenten season of grace. The reading and Gospel from today’s Mass make us reflect on the very grace which saves us, without which we cannot hope to see God, Our Last End. Without the theological virtues of Faith, Hope and Charity we cannot begin our journey home to the Father.
On this Quinquagesima Sunday a pleasing symmetry is immediately noticeable in today’s liturgical Offices. The blind man at the roadside (Gospel) and the hero of our faith, Abraham, (Matins) are with us as models throughout all the Hours of the day. Furthermore, at each Hour the apostle of the Gentiles, St. Paul, instructs us with his wonderful song of love.

Let us look at Abraham. He is the man of obedience through Faith. The spirit and principle of his every act was total surrender to the will of God. When still a young man, God took him from his home and led him to a foreign land. Homeless, he put all of his confidence in God. Relying upon divine promises Abraham hoped for a son until his hundredth year. Then Sara gave birth to Isaac. The child grew up, a joy to his parents; the boy became a young man. One night God stood before Abraham—he must sacrifice his son with his own hand!
Abraham obeys. On the mountain where sacrificial lambs, types of the true Lamb, were immolated at a later date, where Christ Himself died, there on Mt. Moria we see the aged patriarch standing as a priest before an altar upon which Isaac lies bound. Abraham is ready to immolate the victim, but the real sacrifice he is offering is that of obedience and purity of will. We know how God responded, how He gave back to Abraham his son, alive; and in Isaac his son God gave Abraham His own Son as He made him the ancestor of the Messiah.

In the coming season of penance you can bring God no sacrifice that is more acceptable than that of your own will. Lent, in the last analysis, should align our wills perfectly with that of God. We have a supernatural end in store presented to us by the intellect, by Faith, and the will is directed to this end, both as to the movement of intention, which tends to that end as something attainable—and this pertains to Hope—and as to a certain spiritual union, where by the will is, so to speak, transformed into that end—and this belongs to Charity. (cfr. Summa, I-IIae q. 62 a. 3) We must remember, however, that Charity is not always to be thought of as love. Though Charity is love, yet love is not always Charity. We know that love is the root and cause of every emotion (cfr. I-IIae, q. 27 a. 4; q. 28, a. 6 ad 2; q. 41 a. 2 ad 1), but all virtue depends on Charity in some way.
Today we hear solidarity thrown around as a substitute for Charity, but solidarity is not Charity. If one who is not in the state of grace gives a beggar 100 monetary units, and another who is in the state of grace gives a beggar the same amount of money, the one who is in the state of grace makes an act of Charity, while the one who is not in the state of grace only makes an act of solidarity. Charity, as you see, is not restricted to mere philanthropy whose motivation is purely humanitarian: it is to be found in the new order of things established by Christ. Its origin, content and purpose are radically new; it is born of the love of God for men, a love so intense that he sacrificed his only-begotten Son (cfr. Jn 3:16). The Christian is enabled to respond to this love of God by this gift of the Holy Spirit, charity, and by virtue of this divine love he discovers God in his neighbor. He discovers that all are children of the one Father and brother and sisters of Jesus Christ. This is the New Law, the Law of grace, the Lex indicta.

The New Law is the Law of grace inaugurated on the Cross, and today’s Gospel begins with Our Lord’s announcement of His Passion. Foreseeing that the hearts of His disciples would be troubled at His Passion, He tells them long beforehand both the suffering of His Passion and the glory of His Resurrection. The Venerable Bede reminds us that “knowing that there would arise certain heretics, saying that Christ taught things contrary to the Law and the Prophets, He shows already that the voices of the Prophets had proclaimed the accomplishment of His Passion, and the glory which should follow.” (cfr. St. Thomas, Catena Aurea) Being habituated by expectation, they might be the more able to bear it. Thus, Our Lord relates in order the successive events of the Passion, very similar to what the Prophet Isaiah had already prophesied (cfr. Is. 50 and Is. 53): He shall be delivered to the Gentiles and shall be mocked, scourged, and spat upon. The disciples did not as yet know exactly what the Prophets had foretold, but after He rose again, He opened their understanding that they should understand the Scripture. Since they are still seeing according to the flesh, according to the natural order, they are unable to receive the words of the mystery, so Christ performs a miracle. Before their very eyes a blind man receives his sight so that, by divine work, their faith might be strengthened. We note another lesson to bear in mind. Our Lord is walking to Jerusalem and not even while He walks does He take time away from doing what is good to do, reminding us of the moral precept Seek the good and avoid what is evil. We should be profitable in all things, and nothing in us should be in vain.

And when he heard the multitude passing by, he asked what it was. The blind man indeed knew Him not, but felt a drawing towards Him, grasping with his heart what his sight embraced not. And he cried out, saying, Jesus, thou Son of David, have mercy on me. How did he know so much about Jesus? Having been brought up a Jew, he was not ignorant that of the seed of David should God be born according to the flesh, and therefore he addresses Him as God, saying, Have mercy on me. We see here Christ’s two natures, human and divine, acknowledged in Faith by this blind man. We note how strong this man’s Faith is. He resists all human respect in behalf of divine worship. After all, if for money’s sake some are bold, is it not more fitting when the soul is at stake to put on a righteous boldness? Even in his intention, the blind man seeks something worthwhile from God. He sought not money but divine power from God. We must also see the part which merit has to play. While it is to be understood that the fatherly action of God is first on His own initiative, one cannot put aside the value of merit in what follows with man’s free acting through his collaboration. So, the merit of good works is to be attributed in the first place to the grace of God, then to the faithful. (CCC 2008).
The merit evident in the blind man’s Faith is why this Gospel passage is indeed apropos for us as we approach Lent and the penitential practices associated therein. One may fool oneself into not performing acts of penance by saying that life is full of penances as is. Why is this foolish? It is foolish because one needs to train the will to accept the penances that come one’s way. If one does not have a penitential outlook how is one to know that he should offer the crosses of each day for his and for others’ sanctification? One needs to have Faith in the efficacity of the Cross of Christ to save and, therefore, to unite one’s sufferings to Christ’s salvific suffering so as to contribute to Our Lord’s work of salvation here and now.

“Your Faith has saved you.” Where Faith is willing to accept, there grace abounds. As from the same fountain some in small vessels draw little water, while others in large draw much, the fountain knowing difference in measure, so according to the measure of a man’s motives does he draw down supplies of grace. We see in the Gospel passage how the blind man’s Faith is very earnest and tenacious, and his gratitude for the grace thereafter is quite evidently great. And he followed Him, glorifying God. It is clear that he is released from a double blindness, both bodily and intellectual. After all, he would have glorified Our Lord as God had he not truly seen Him as He is. His gratitude was so great, in fact, that he gave others occasion to glorify God. And all the people, when they saw it, gave praise to God. We see in this passage three forms of prayer: petition, thanksgiving, and adoration.

When we pray, we must free ourselves of all that comes between us and God. In the case of the passage, the blind man frees himself of the busy crowd that surrounds Our Lord, a crowd which allegorically represents a multitude of carnal desires which scatter our thoughts and disturb us even in our prayers. That is why we have to call out to Christ with fervor to invite the silence and peace within, just as the blind man does. On a practical level, it is always recommended to seek external silence that helps us have internal silence. The blind man cries out the more to show the tenacity required in seeking God. The more violently we are assailed by our restless thoughts, the more fervently ought we to give ourselves to prayer. When we are very steadfast in prayer, God is fixed in our heart, and the lost sight is restored. I urge all of you this Lenten season to resolve to pray and to do penance so as to free yourselves of the world, the flesh, the devil, and your fears so as to be closer to Our Lord and to your salvation. Laudetur! In the name of the Father… 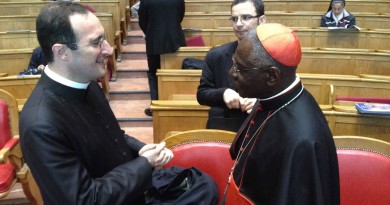 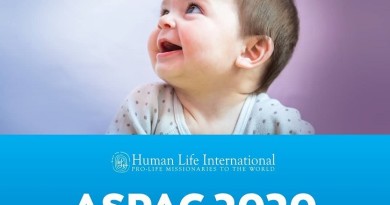 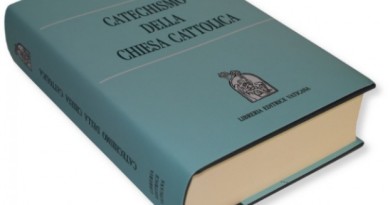